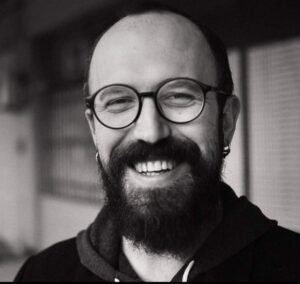 Artan Sadiku is a researcher and an activist with a doctorate in philosophy. His primary study interests are theories of the subject, feminism, and radical practices in politics and art. He worked at the Institute of Social Sciences and Humanities in Skopje, where he led the School for Politics and Critique. He was one of the key actors in the protest movements AMAN!, #protestiram, and Akademski Plenum. At the moment, he is a part of the organization board of CRIC – Festival of Critical Culture. He works as an external collaborator for the Museum of Contemporary Art in Skopje, and he is also a president of the JADRO Association of the Independent Cultural Scene. He is a regular participant in regional and international festivals, conferences, and journals such as Subversive Fest, the Anarchist Book Fair, Le Monde Diplomatique, Journal Identities, and Bilten. 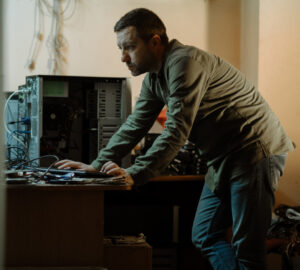 Borche Stamenov, born on September 03, 1977, is an IT specialist and a philanthropist. He is the founder of the Donate a Computer movement, which he started in 2016 in an attempt to enable every child in Macedonia to have equal quality education. Through Donate a Computer, Borche gathers used computers for repair and upcycling and donates them to children in socially challenged families that cannot afford one. In 2021 the initiative transformed into a civil society organization with a team of volunteers under his leadership. So far, there have been 1800 donated computers. These activities brought him many awards and recognitions at the state level – one of those awards is the European of the Year award for 2021, awarded by the delegation of the European Union in Macedonia.

Saska Cvetkovska is an international award-winning investigative reporter and editor-in-chief of the Investigative Reporting Lab, a non-profit media organization operating in North Macedonia and the Balkans notable for its female leadership, young staff, and innovative storytelling. Saska has worked on many national and cross-border investigations that exposed domestic and transnational crime, corruption, illicit trade of arms, and disinformation wars. Her current responsibilities are focused on increasing the impact of investigative reporting by creating new narratives of the stories through film and campaigning. As part of those efforts, Cvetkovska and her team are currently producing the most popular Macedonian investigative documentary serial “Newsroom,” tasked to increase trust in media and maximize the impact of investigative reporting. Cvetkovska is a member of the Board of Directors of OCCR as a member centers representative, an international media organization affiliated with the Investigative Reporting Lab.