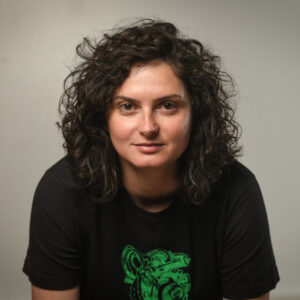 Alba Cakalli was born and raised in Prizren. Formerly a volunteer, she started her career at DokuFest as a program assistant and now leads the role of a festival producer. Throughout the years, Alba has also been part of many cultural organizations (RroK, Prizma Medium, Bekim Fehmiu Theater, Zambaku i Prizrenit) and engaged in different film crews (In Between, Pavend, Home) co-produced by DokuFest. Through her engagements, Alba is constantly involved in empowering youth against any social development challenges they may face 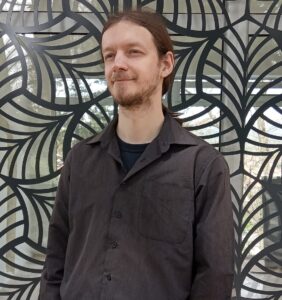 Zlatko Gjeleski completed primary and secondary school in Kichevo and graduated from the Department of General and Comparative Literature at the “Blaze Koneski” Faculty in Skopje (2010). He has been actively engaged as a film critic since 2008 and as the editor and publisher of the magazine “Koshmar.” He writes and publishes music and film reviews in digital and print form for “Plagijat,” “Gragjanski,” “Kinopis,” “Film Plus” and “Filmski Pechat.” Since 2011 he has been the host of the film radio show “Danse Macabre” on “Kanal 103” Radio. He is the director of the short films “On the Other Side” and “Memoirs” and the organizer of the horror film review “Mrak Fest.”  He was a member of the jury committees of the film festivals: “Filmaj,” “Mobile Festival,” “Philosophical Film Festival,” “Flipbook Film Festival” and “Cinedays,” where he received the Award for Best Film Critic (2013). He has published three collections of short stories: “Morbidism” (2013), “The Collector of Fear” (2015), and “Ponor” (2019). His short stories have been awarded, published, and translated into several Balkan anthologies. His first collection of film essays and reviews, Videology (2019-2020), will be published in 2021. 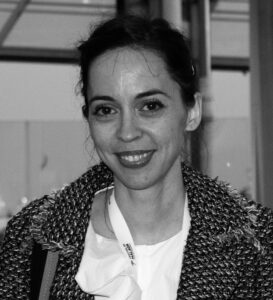 As part of Lightdox team, Nevena oversees distribution and sales in Central & Eastern Europe, Asia, LATAM, and Africa. She embraced the challenge of mastering the most promising and excitingly evolving markets full of creativity and innovativeness. She graduated Painting at the Academy of Arts Banjaluka, Bosnia and Herzegovina, and holds a Master’s degree in Stage Design from Janáček Academy of Music and Performing Arts in Brno. Nevena has been working in sales and distribution of documentary films since 2015, with a deep focus on VOD and festival distribution.