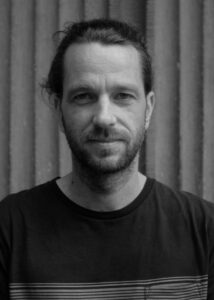 Daniel Vadocky has a degree in Philosophy from the University of Trnava and Film Studies from the Academy of Performing Arts in Bratislava. He has lectured on Philosophy and Aesthetics at the Department of Film and has published articles on world cinema, film history, and theory in various magazines and newspapers. He was a festival programmer of the Short Film Competition at the Art Film Fest in Slovakia. He also worked as a Head of Sales at the National Film Archive and as a Sales Agent for Negativ Film Productions, both based in Prague. He currently works as a Festival and Sales Manager for Pluto Film. 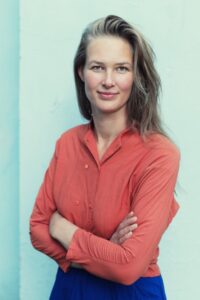 Born in Kyiv in 1983, she moved to Germany with her mother in 1995. After studying history and literature in Berlin, she worked as an assistant director and production assistant on various feature films. Having worked on several short documentaries, Garagenvolk was her first feature-length documentary and her debut film as director. Garagenvolk won the Heino Carow prize at the Berlinale in 2020 and later on the European Audentia Award for Best Female Director and Werner Herzog prize. Garagenvolk also received a prestigious Moral Approach Award at MakeDox in 2021

Joan González is the founder-director of DocsBarcelona, a film festival with 25 editions, and El Documental del Mes, a network of 80 cinemas that have been premiering documentaries since 2005. In 2013, his contributions to documentary culture in Southern Europe were recognized with the EDN International award. He has been a film editor, director, and executive producer, and he likes to hold workshops at Universities and Film Festivals to help grow projects. His latest project is “Nextus – Learning By Documentaries,” a DocsBarcelona educational project. In 2021, he was appointed an honorary member of the Catalan Film Academy