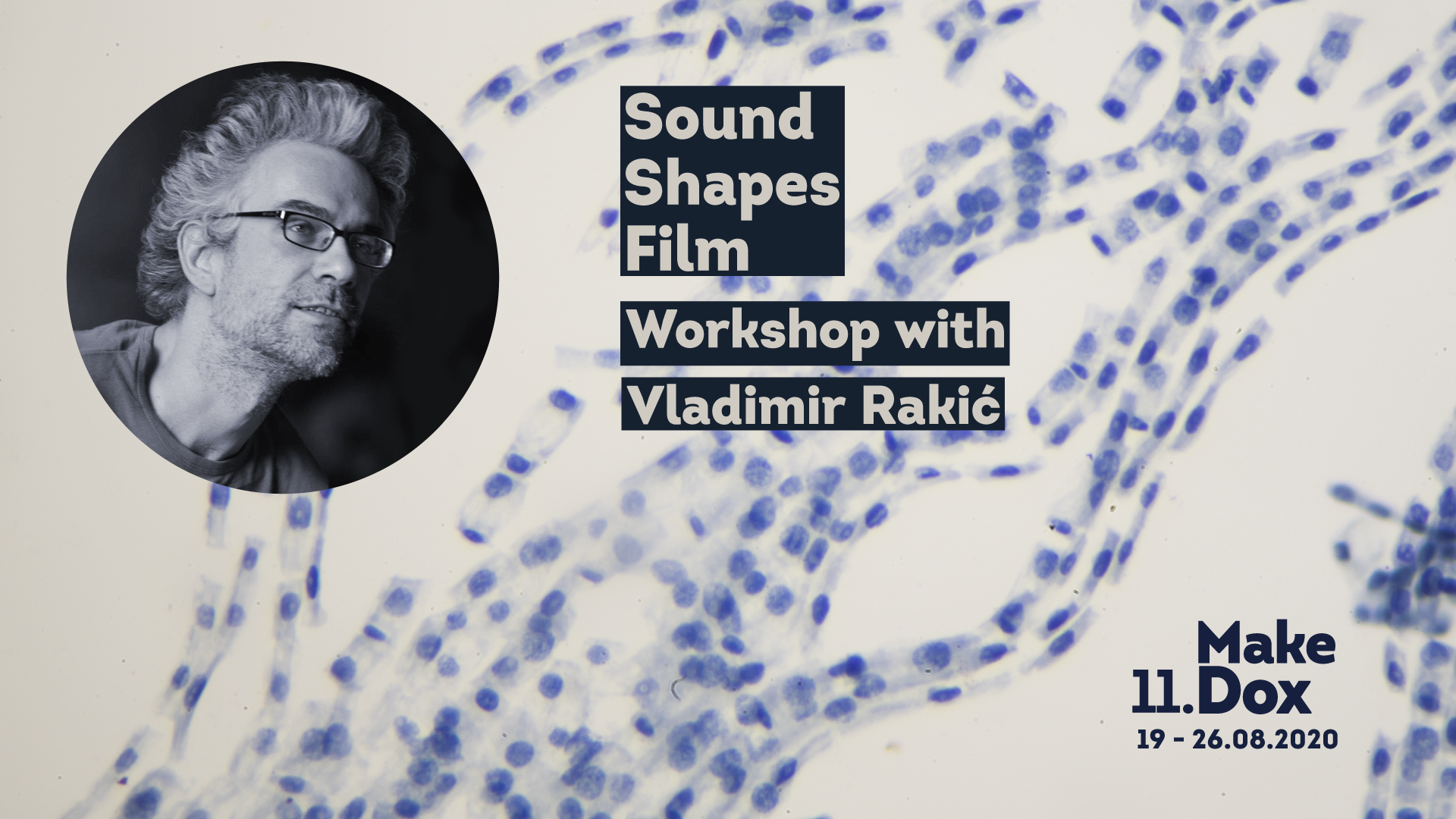 The British “Sava”, the Macedonian “Ironman”, the Bulgarian “Voev: Greetings to the Gods”, the Slovenian “Metabolism” and the Swiss-Serbian “Dida” are the six documentary projects in different stages of production selected for this year’s sound workshop with Vladimir Rakić.

Through a series of group and individual sessions held from the end of June until the end of August, the filmmakers, editors and/or sound designers of the selected film projects question and reflect on the role that sound and music play in the entire documentary filmmaking process – as well as on the role that the film plays in shaping the sound – so that they could use them more skillfully and enhance their film narration in a fresh way. The results will be presented during the last workshop session, at the MakeCoProDox Forum in August.

The workshop is supported by the Embassy of the Kingdom of Netherlands.

Vladimir Rakić (1974, Novi Sad, Yugoslavia) is a music composer, sound designer and foley artist, living and working in Amsterdam. He graduated in 2005 as Bachelor of Art and Technology in Sound Design and Applied Composition from the Hogeschool voor de Kunsten in Utrecht, Netherlands.

For more than 15 years he has been actively working on different aspects of film sound: as a sound editor, foley artist, sound designer, re-recording mixer and music composer and collaborating on many documentary, fiction and animation film projects. He is also a lecturer at the Netherlands Film Academy in Amsterdam.

As a composer and sound designer he is also active in the field of electro acoustic music, live cinema performance and in theater.

Public presentation of the workshop results