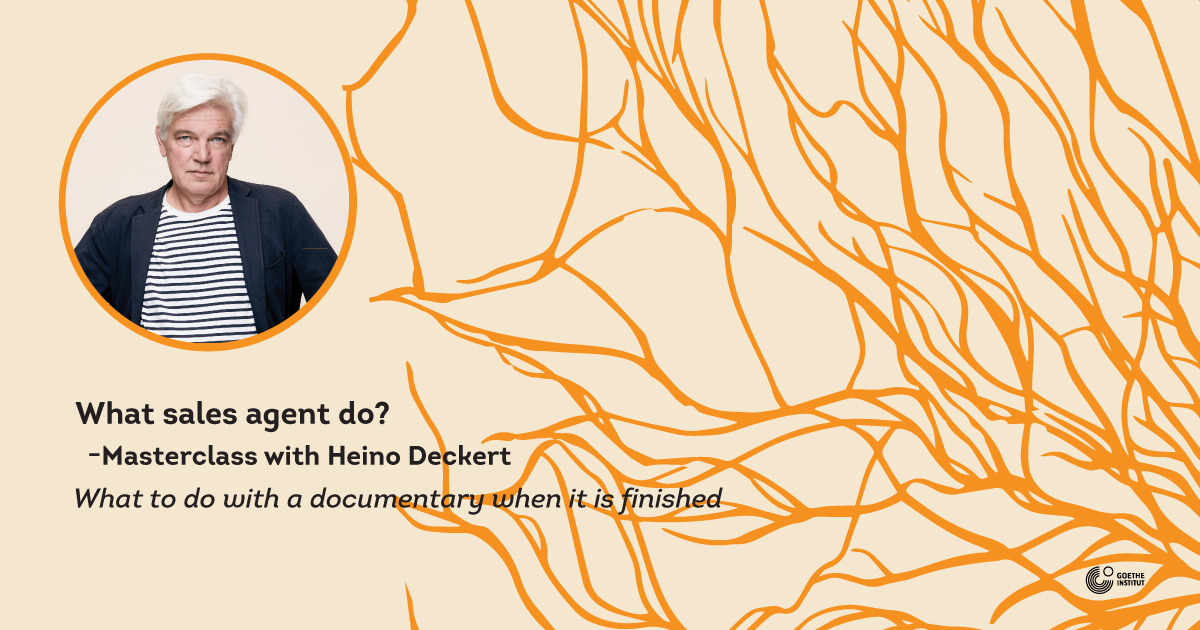 *What sales agents do.

Heino has produced over 120 films to date with filmmakers like Sergei Loznitsa, Victor Kossakovsky, Ai Weiwei, and Thomas Heise.

In 2018 he premiered two films in Cannes, Donbass by Sergei Loznitsa and his co-production Chris The Swiss by Anja Kofmel. The same year, Adam & Evelyn by Andreas Goldstein and Aquarela by Victor Kossakovsky, both premiered in Venice. In 2019 the successful festival tour of Thomas Heise’s Heimat Is A Space In Time commenced with the Caligari Prize of the Berlinale. The film was also nominated for the German Film Award 2020.

In 2020, Ma.ja.de.’s co-production The Cave by Feras Fayyad got a nomination for an Oscar in 2020. In 2021 Invisible Demonds by Rahul Jain premiered in Cannes.