MakeCoProDox Forum is a forum whose main goal is to develop a strategy plan to increase documentary film co-production between the Balkan countries. The Forum welcomes representatives from 12 regional film agencies and 10 projects...

MakeCoProDox Forum is a forum whose main goal is to develop a strategy plan to increase documentary film co-production between the Balkan countries. The Forum welcomes representatives from 12 regional film agencies and 10 projects in different stages of production.

In anticipation of an economic crisis, culture and the film industry are often most affected by budget cuts. Only by acting in solidarity by increasing regional co-productions can the Balkan countries increase the number of funded projects during the reduced funds.

Due to the uncertainty of the government’s measures of the COVID-19 situation, the third edition of the MakeCoProDox Forum will be held online.

Objective: We will welcome the key personalities of the documentary film industry from all over the world and will introduce the possible ways of collaborations and try to make the funds in the region to collaborate on a longer time scale. Our objective with this project is to establish a new alliance sector in the Balkan region for the first time, as the only way to amortize the consequences of the crisis. Within the online sessions we will present the problems that regional countries are facing largely due to the crisis, and try to find possible ways of overcoming them, while emphasizing their not specific regulations dedicated to supporting the development and production of documentary films.

The Forum will invite:

It is possible to apply with a film project with the following main requirements:

– to be shot or produced in the region.

Apply at forum@makedox.mk with a trailer, if there is one, or selected scenes if it is in a more developed stage (max 20 min). Please type Application to MakeCoProDox Forum 2021 in the subject.

The selection of the submitted projects will be carried out by an Evaluation Committee taking into account the eligibility requirements; the evaluation results will be announced by email and on the website no later than August 10th. 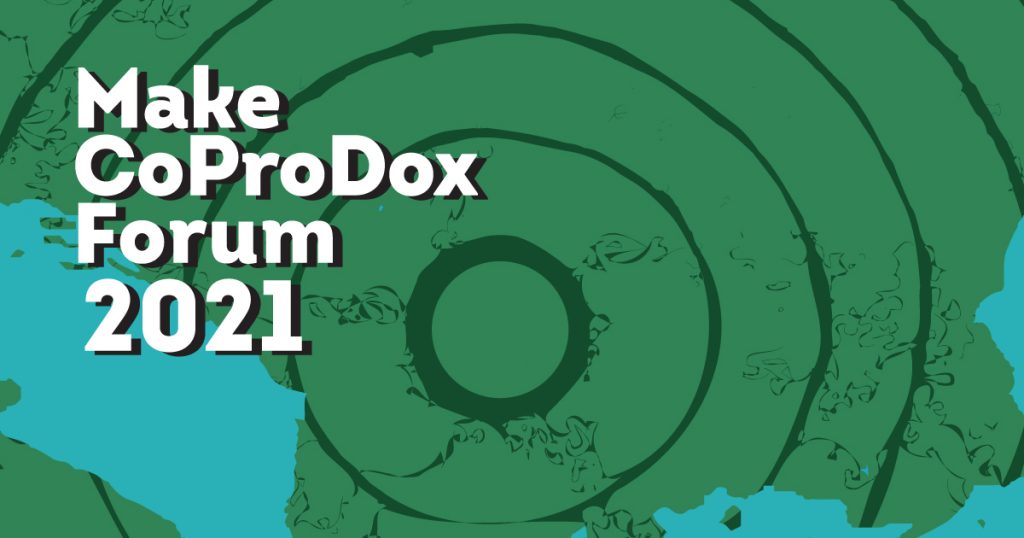