The 11th edition of the MakeDox Creative Documentary Film Festival will focus on sound design, under the motto “Merge With Silence”.

6 projects in different stages of production will be selected for the sound workshop with Vladimir Rakić divided in phases from the end of June until the end of August.

Sound Workshop is a course that is aimed at filmmakers, with their documentary film at different stages of its completeness, in pre-production, production, rough cut, to picture lock (in sound post stage).

The workshop will try to expose your work to intense questioning, reflecting and exchange of views, experience and creative concerns that would hopefully bring you closer to defining the sound/music production process that will bring the best version of your film.

The projects should have a sound designer or editor who will be present at the workshop sessions.

*If you are applying with a project in pre-production phase, please emphasize why sound is important at that stage and how the workshop will contribute to its further development.

The workshop aims at clarifying the sound/music side/aspect of your film project to bring deeper levels of film narration, thus further inspiring filmmakers and professionals for fresh, enhanced and new ways of filmmaking, this time including sound design/music as an integral part of the entire documentary filmmaking process.

The Sound Workshop will focus on several aspects and stages of involvement of sound and music in documentary film, depending on the applicant’s film stage of development.

The pace of work regarding each of these aspects will depend on the individual film production stage.

Film and Its Sound/Music Form/Concept

What is the existing basic concept and form of sound/music part of film?

What we want to tell and how Sound/Music can improve it?

Finding and establishing basic ground for film through sound design.

Discussions about existing form and its possible revisions and improvements, through means of drawing rough sound map.

What are the existing sound/music structural elements?

Do we have all elements necessary to keep consistency within a film?

What are the intentions of film/structural parts/sequences and how does it reflect on the rest of the film?

Last session: During MakeCoProDox Forum in August (presentation of the results (screenings) of the workshop.

*All sessions of the workshop will be held online.

*If your project is in pre-production phase, you should describe why you consider sound to be important in this stage of development.

Apply to the sound workshop by filling the google form.

In the form, you should attach the following:

*Link to the latest cut of the project in the form.

*Link to a video submission where you should give answer to the following questions:

*We kindly ask you to provide us with preview and download links.

Vladimir Rakić (1974, Novi Sad, Yugoslavia) is a music composer, sound designer and foley artist, living and working in the Netherlands.

He graduated in 2005 as Bachelor of Art and Technology in Sound Design and Applied Composition from the Hogeschool voor de Kunsten Utrecht, Netherlands.

For more then 15 years he is actively working in film, collaborating on many documentary, fiction and animation film projects. He works on different aspects of film sound: as a sound editor, foley artist, sound designer, re-recording mixer and music composer.

His selected film work collaborations include:

As a composer and sound designer he is also active in the field of electro acoustic music, live cinema performance and in theater. His own work, among others, include Cinezoo (with João Bento) and Tunguska Glow (with Jasna Velicković).

He is also regularly teaching workshops at Nederlandse FilmAkademie in Amsterdam.

For more information about Vladimir Rakić and his recent work, visit >> 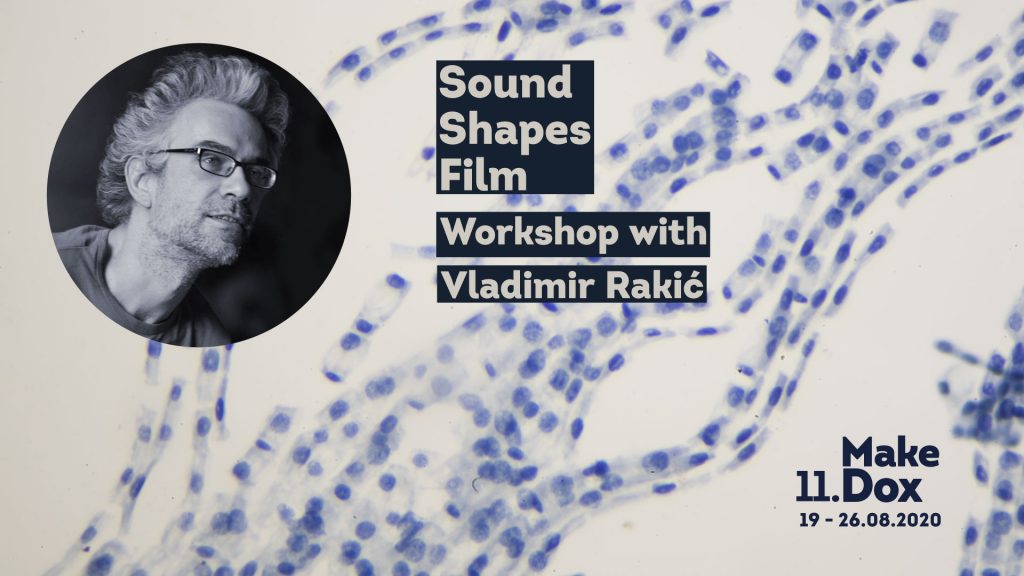